Saudi Arabia is seeing substantial growth in its gaming and eSports sectors. A recent report by Boston Consulting Group predicts that the Saudi gaming business will grow to $6.8 billion by 2030 from its $1 billion milestone in 2021.

Saudi Arabia has ambitious plans to establish itself as a major hub for eSports and gaming globally.

The latest of these achievements was the "Next World Forum", which brought together the leaders and experts of the eSports and gaming industries from all over the world. We had an opportunity to attend the forum in Riyadh and speak with Mr. Vlad Marinescu, President of the International Federation of Electronic Sports.

Mr. Vlad: It's massive. We are talking about a gaming community and industry of $170 billion last year, which is bigger than all movies, music, and sports combined. It’s becoming a phenomenon of today and of the future.

The eSports industry surpassed 1.5 billion last year. This number is huge. I think it has no comparison in the gaming industry. Yes, it's a number that will continue to grow because people are gaming, and with Covid-19, especially staying home and socially distancing, gaming gives us happiness and some fun, and the ability to socialize and communicate with our friends. This is a really huge industry that will continue to grow. 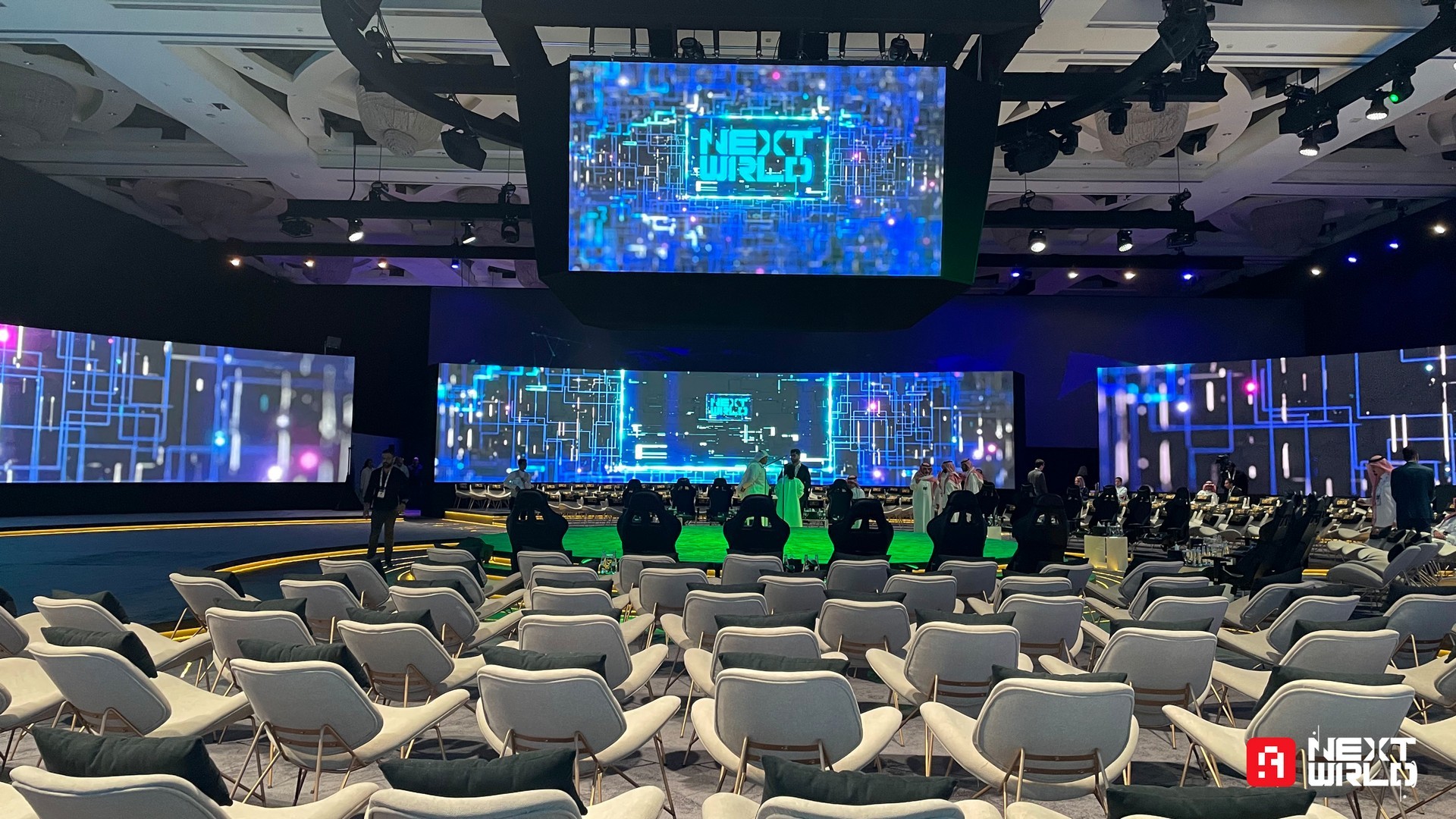 2. Arabhardware: The Tech in the Sports equal eSports. The eSports industry is the most technologically driven sport the world has ever seen. How do you see those developments in light of the digital transformation era we’re living in?

Mr. Vlad: I think that eSports are definitely one of the biggest fueling catalysts for technological development. The reason we have internet speeds surpassing gigabytes is that to participate in eSports tournaments, you will need some powerful gear, like a gaming keyboard with lighting and mechanical keys. Esports is driving and fueling the upgrading of all the technological things that are around the industry.

And the regular industry is benefiting from the technological upgrades. I think it's something very comparable to crypto and NFTs nowadays. So we're living in a more technical age. We require faster computers, bigger screens, and bigger refresh rates. 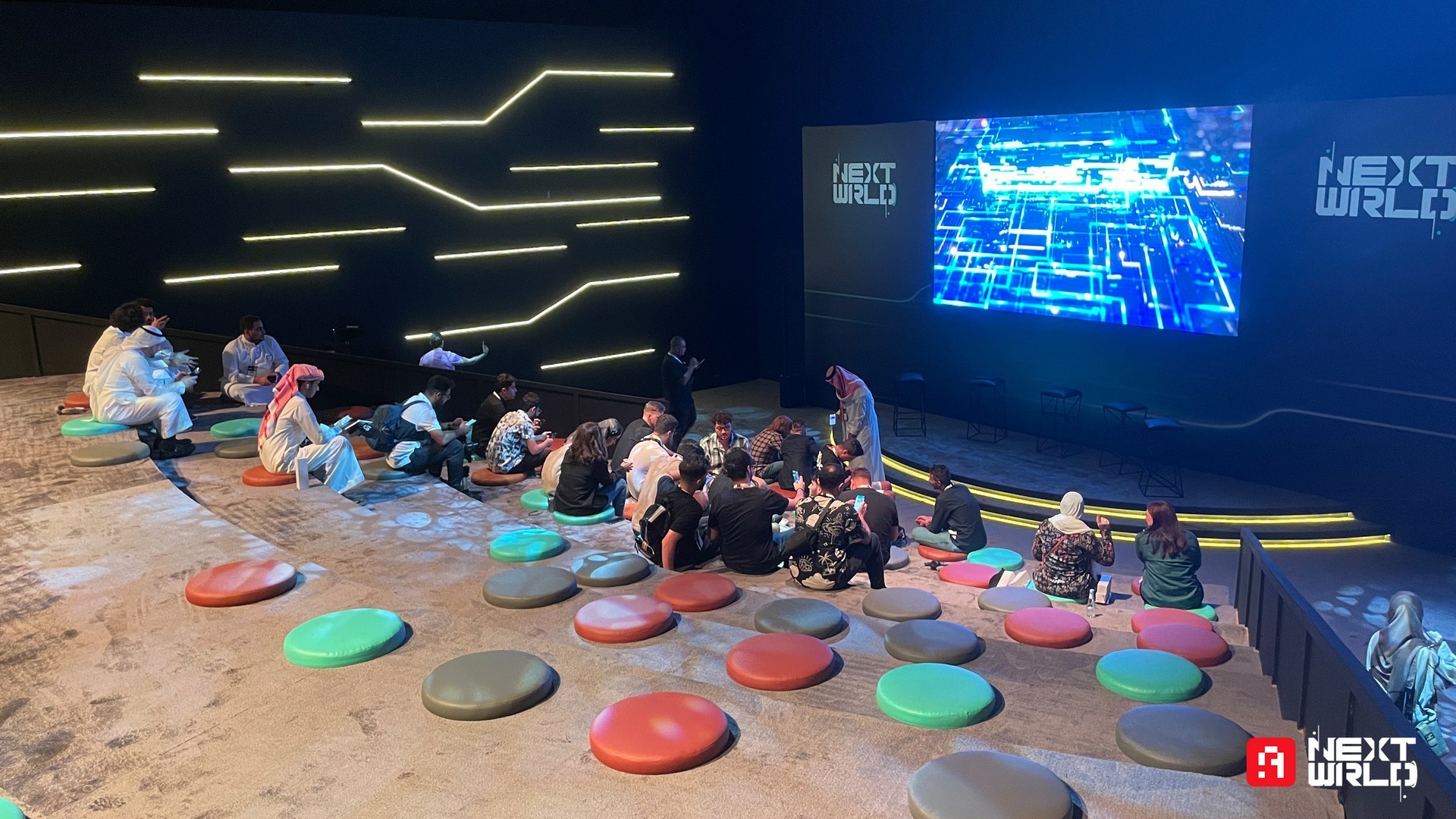 3. Arabhardware: How eSports will become the future of entertainment or, if I may say, how entertainment will have to adapt in order to keep up?

Mr. Vlad: The viewership of eSports and the community of viewers are growing every year. There's a reason for that; that’s because the people who are already viewers today will continue to be viewers into the future. And the youth, as they're aging, will develop the level of understanding of games. They will start to watch more and more.

So as time goes on, we see from all the numbers that, for example, the Olympic Games demographic of viewers is getting older every four years. Because the people who love and understand and follow and appreciate those sports from their childhood are aging. I think that eSports needs to help to support the interest in traditional sports and learn from traditional sports.

eSports are fun, and the viewership is young. It's getting older every year and attracting more people because all the new kids are watching. So I believe, for the future of eSports viewership, everyone on earth is going to watch eSports events. 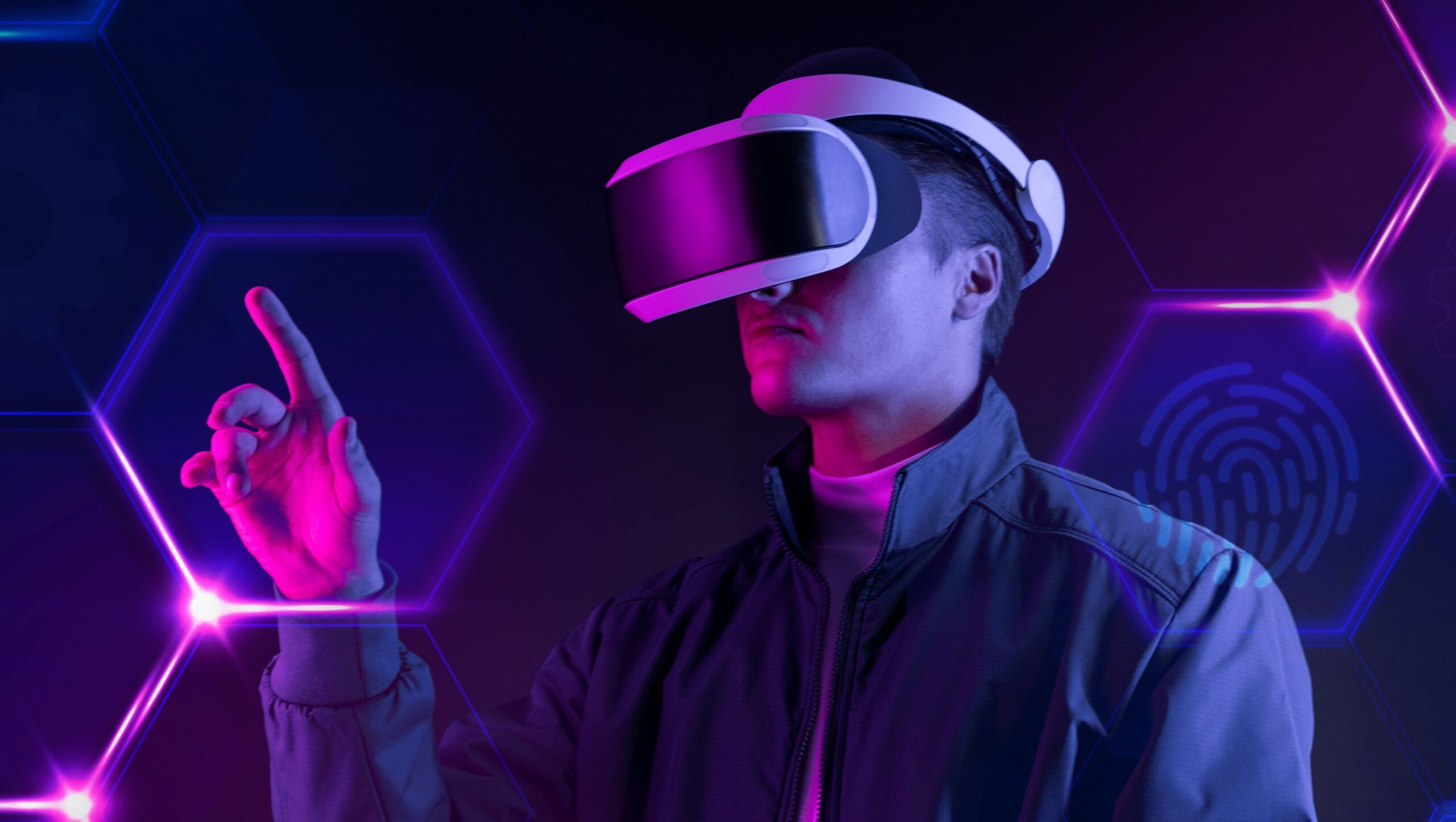 4. Arabhardware: Gaming in a metaverse is going to be a lot more immersive than the current virtual reality (VR) games available on the market. Do you think we’re headed to that future in the gaming industry?

Mr. Vlad: The Metaverse is, in my opinion, the place where in the future we will spend time. I choose my words very carefully, because I believe that we'll be interested in the future to live in the digital world. And as technology advances to make that easier and less painful, with big heavy headsets, when you'll have five senses in a digital world, the metaverse will be very similar to the world we live in today, except for we will not be forbidden or restricted by the laws of physics or by the laws of humanity.

So in the metaverse, I can be a blue dwarf pigeon that flies around with the golden wings, and you can be whatever you want to be. So the metaverse in my opinion is going to be the place where we lose all discrimination.

Because ultimately, we're humans. We need to understand that we come from the same origin, and we're connected, and we need to support each other. Discrimination and hate, there's no place for that in eSports. So with the metaverse with our more participation, and injection in the metaverse, we will start to lose more and more discrimination.

We're going to build the world, in the world today, we are limited by the physical dimensions and resources of our planet. In the digital world, we have no such limitations. So for the metaverse, there are no limitations, which means we can build worlds upon universes. With any laws we want, any type of objective we want. Ultimately, the metaverse will be our prison, and it will be our greatest source of happiness.

The reason it will be our prison is that intrinsically with gaming, it's fun. It gives us a good feeling of belonging to a community, a feeling of achieving objectives. And the successful programs in the metaverse will be guided by this coefficient that making you feel important and valuable, that your point of view and your feedback is taken into consideration. And at the same time, we have to find a way to think about it today, and how we can protect the youth from becoming also and enjoying also the physical world.

So the solution is: we should have a strong national federation, International Federation of eSports, supported by local governments, with the goal of keeping humans healthy, social and happy. 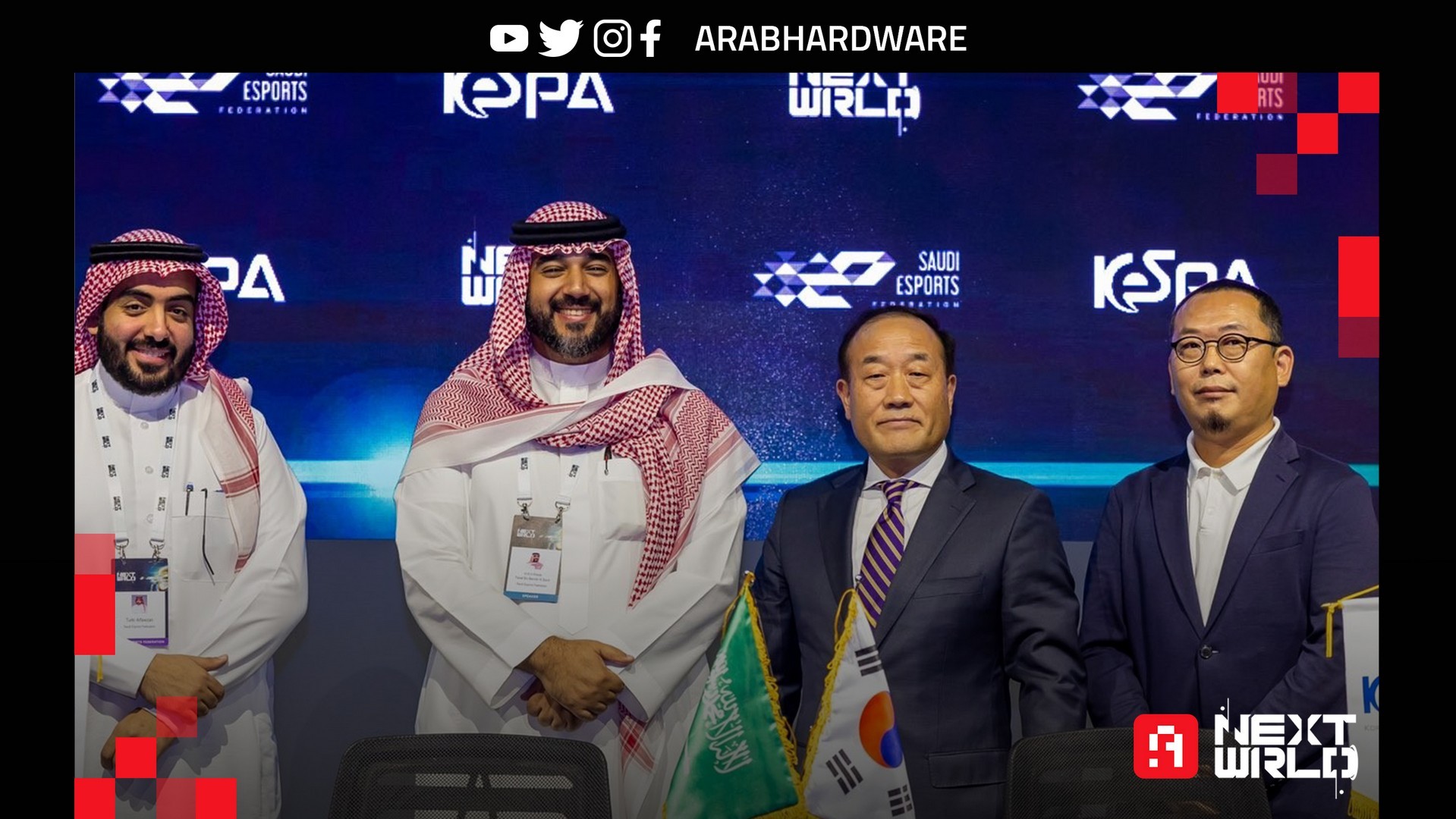 5. Arabhardware: Saudi Arabia’s gaming industry was worth $1 billion in 2021, and a recent report suggests that this could reach an eye-popping $6.8 billion by 2030. How the Kingdom planning to conquer the ESports economy worldwide?

Mr. Vlad: First, I very much appreciate and respect the vision of the crown prince, to be able to lead the way and trust his people. With this open vision, that the world is changing, and Saudi should lead the way.

You know, in 1859, the first oil well was drilled, we found black gold. Before that, gold was the standard of values of importance. Clearly in tomorrow's world, the value isn't going to be black gold anymore, the value of tomorrow will be eyeballs, and how those eyeballs feel in their heart and in their mind about you.

And Saudi is investing heavily in supporting into the future, to the future of how we will communicate and how we feel about yourself. I commend them, respect them, appreciate them. And I'm very impressed and humbled by the investment that they're making into eSports.

That being said, what they're doing of their forward-thinking. The publishers, that are making games around the world, also have a responsibility. And you'll see step by step, they will continue to invest back in the community and invest back into eSports.

I believe that all of us, together, with the media reporting on eSports, professional athletes, with kids playing, with the publishers, national federations, International federations, and governments, we have to come together and have an idea of where we want to be in 10 or even 20 years. Saudi figured it out, they are great role models to follow.